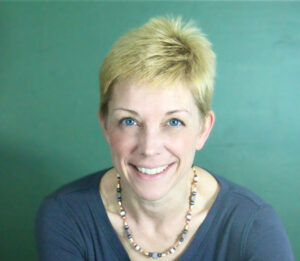 Erin Ash Sullivan has worked in independent schools for over twenty years as a teacher and administrator. She received a B.A. in English from Amherst College and an M.A. in Education with a focus on Technology in Education from the Harvard Graduate School of Education.

As Director of Marketing and Communications at Fay School in Southborough, MA, Erin coordinates Fay’s website, print materials, social media presence, and marketing and communication strategies for current families, alumni, and prospective families. Erin has acted as the head of the accreditation team for The Willows Community School (Los Angeles) during their 2020 and 2012 accreditations and chaired the Marketing/Communications Committee for Fay’s 2020 accreditation. Erin is also a curriculum developer and educational writer. She has contributed to elementary math and science textbooks for Harcourt, Glencoe, and Houghton-Mifflin.

Under Erin’s leadership, Fay publications have been honored multiple times by the Council for Advancement and Support of Education (CASE). In 2016, Fay won a Gold Excellence Award for A Day at Fay with Mortimer Moose; in 2013, Fay’s admission viewbook, A Guide to Life at Fay, was honored with a Silver Excellence Award; and in 2011, Fay Magazine received an honorable mention.

Erin is also a curriculum developer and educational writer. She has contributed to elementary math and science textbooks for Harcourt, Glencoe, and Houghton-Mifflin. She is also the author of Get Ready for Social Studies: U.S. History, published by McGraw-Hill; U.S. History: People and Events that Helped Build America; and numerous leveled readers for Pearson, Macmillan, Steck-Vaughn, Newbridge Educational Publishing, and Benchmark Press.